Our scope of supply to Saudi Telecom Company required compliance to a very demanding specification, due to the harsh site conditions and remote locations in which the generating sets are required to operate in conjunction with their repeater stations. There were 24 sites involved in the project. Each site contains two 40 kVA generating sets housed in a common sound attenuated enclosure, which alternate at baseload duty on a weekly basis.

The generating sets run continuously as they provide prime power for the telecom mast sites. With the harsh conditions in the desert, the sets were designed to operate in temperatures of up to 50 degrees centigrade and withstand the possibility of frequent sand storms. Due to the difficulty in reaching the remote, unmanned, repeater station sites (often as much as 500km from the nearest town), the generating sets were also fitted with a lube oil top-up system which extends service intervals to 2000 hours.

Overall the project was a great success and was completed on time and to budget. 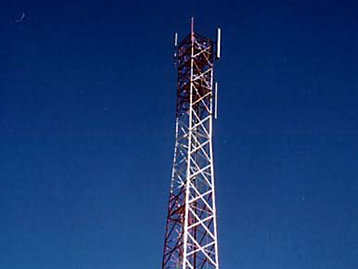