The London Olympic Games 2012 may be over but the leading manufacturer of diesel and gas generator sets, FG Wilson, is ensuring that the legacy of the spectacular multi-million pound event site continues. Having provided generator sets to power the events at three of the Olympic Park's eight venues - the Aquatics Centre, IBC Media Centre and the Olympic Stadium - they are now contracted to provide ongoing support and maintenance for the next year.

The project, which is being delivered by Bells Controls and Equipment Ltd - an official FG Wilson UK Dealer - began in 2008 and is worth over £500,000.

London 2012 has been the catalyst for transforming 2.5 square kilometres of industrial land in east London into the 490 acre Olympic Park which has changed the landscape irrevocably.

The power solution delivered by Bells consisted of a 635kVA and 730KVA generator for Life Safety Services within the main stadium. Both generators were housed in bespoke enclosures designed to achieve a noise level of NR 50 at 5 metres. The enclosures also featured an exhaust flue extension that discharged within the outlet attenuator, providing exhaust gas dilution. 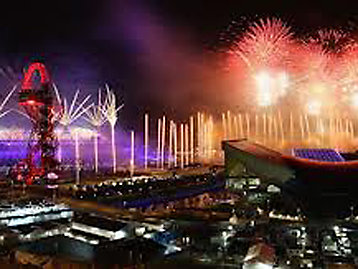 At the IBC Media Centre, a complex 24-hour media hub for around 20,000 broadcasters, photographers and journalists, featured a 200kVA generator within a specially designed enclosure rated at 65dBA at 1 metre. The enclosure was positioned on the roof of the building and also featured an internal fuel system, which was installed inside the structure. The fuel pipe solution installed used an innovative flexible pipe in pipe system rather than traditional mild steel welded pipe in pipe, facilitating a quicker installation. At the Aquatics Centre, one of the permanent venues specially constructed for London 2012, and the site of Team GB's three medal victory, a 350kVA generator set was installed. The generator set was housed within a bespoke enclosure rated at 60dBA at 1 metre within the plant room, including all of the necessary ventilation ductwork and flue pipe work. The system was also used throughout the Aquatics Centre.

Robert Scott, regional sales manager UK at FG Wilson, commented: "The project has been a huge success and it has been a privilege to be involved with the Olympic Park legacy. Careful planning, design, engineering and attention to detail has been central to ensuring the success of this project. The athletes may have gone home but Bells will continue to provide ongoing services to the venues at the site under the current contract."

James Murphy Director of Bells Control said: "We were delighted to win the Olympic Park project after a very detailed and competitive tendering process. It has been a challenging project due to a number of factors including the sheer size of the venue, as well as the high level security constraints and low noise levels required, but we have successfully implemented resilient, high power solutions which meet the individual requirements of the respective venues."